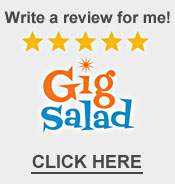 Santa Randy is a real bearded Santa for hire in Orlando, Fort Myers, West Palm. Santa Randy is a retired Air Force Special Operations Flight Engineer who belongs to several groups that include the International Brotherhood of Real Bearded Santa's, Clause Net, Palm Tree Santa’s, and The National Beard Registry. Several years ago, portraying Santa was not at all what I thought I would be doing at this point in my life. However, a reflection of my past and the chance meeting of a wonderful man by the name of Walt K. would change my direction where Santa was concerned. Here is some background of how my journey to the Red Suit evolved.

While serving on active duty, my mission required me to fly into many different areas in as many countries. During my travels, I witnessed firsthand how fortunate I was to live in a country that provided me a good life with not much want from day-to-day.  After years of flying into economically challenged areas, my memory was branded with the everlasting picture of children with far more needs than anyone should ever face. Often times these young children were without clothes to wear or pencils to use in school, or windows on their shanties.  Although heartbreaking, I was not in a position to render much long lasting aid other than leaving them with pencils, pens, or my lunch which probably had a much greater impact then I had realized at the time.

Several years after I retired from the military and later in my civilian DOD contractor job, the transition to becoming a Santa figure started to develop.  During the last year of my tenure as a Systems Engineering manager with various DOD aircraft integration contracts I was asked by my employees to join them in not shaving during the month of November. I was reluctant to grow a full beard, but somehow I was convinced to go for it.  As the beard and hair grew it was very white and all of my colleagues started commenting that I looked like “Santa”.  I left the work force a few months later and decided I liked my new look, so I went all in growing my beard and hair. Over the course of the next year or so, I begin to like the comments from folks around town and all the places Donna and I went, so I kept the beard and hair.  In addition to people I knew and strangers alike telling me I looked like Santa, kids were engaging me everywhere I went as the “Jolly Ole Elf himself”, so I started to embrace it.

Still not totally convinced, I had the opportunity to be Santa for a young girl in South Florida that had been through a rough time in her young life.  After hearing her story it made me reflect on the memory of the children I seen while on active duty.  I bought a suit and some boots and off I went blindly into a visit that would change my whole perspective on the whole Santa gig.  About a year later, I met the man I mentioned earlier Walt K.  It was his inspiration that pushed me over the pinnacle and into my Santa portrayal year round.  He mentored me as I had no real idea how to be Santa.

I have loved Christmas since I was a kid and now strive to provide the absolute best and most “Extraordinary” Santa experience possible to all the kids and adults alike.  No child should ever have to go through life not knowing Santa, but most of all the true meaning of Christmas.  I am a year around Santa that is available all throughout South Central Florida.  I provide my own liability insurance and can provide you with a copy of my current background check upon request.  So if you are looking for a premier jolly ole elf in a red suit for your event or function, look no further.

Posing for traditional photos with Santa, reading stories, Sneak-a-Peeks, and distributing your gifts are just some of the holiday magic Santa Randy can provide to make your special event “Extraordinary” and filled with unforgettable memories!

As a full time real bearded Santa, Santa Randy is ready for any event, all over the South Central Florida area.

Santa Randy is a Santa for hire in Orlando, Fort Myers, or West Palm.

To inquire about Santa Randy's availability
for your event…
please fill in the form to the right and submit
or call Santa's sleigh/toyshop at (502) 219-0404.